On Art and its Social Reception 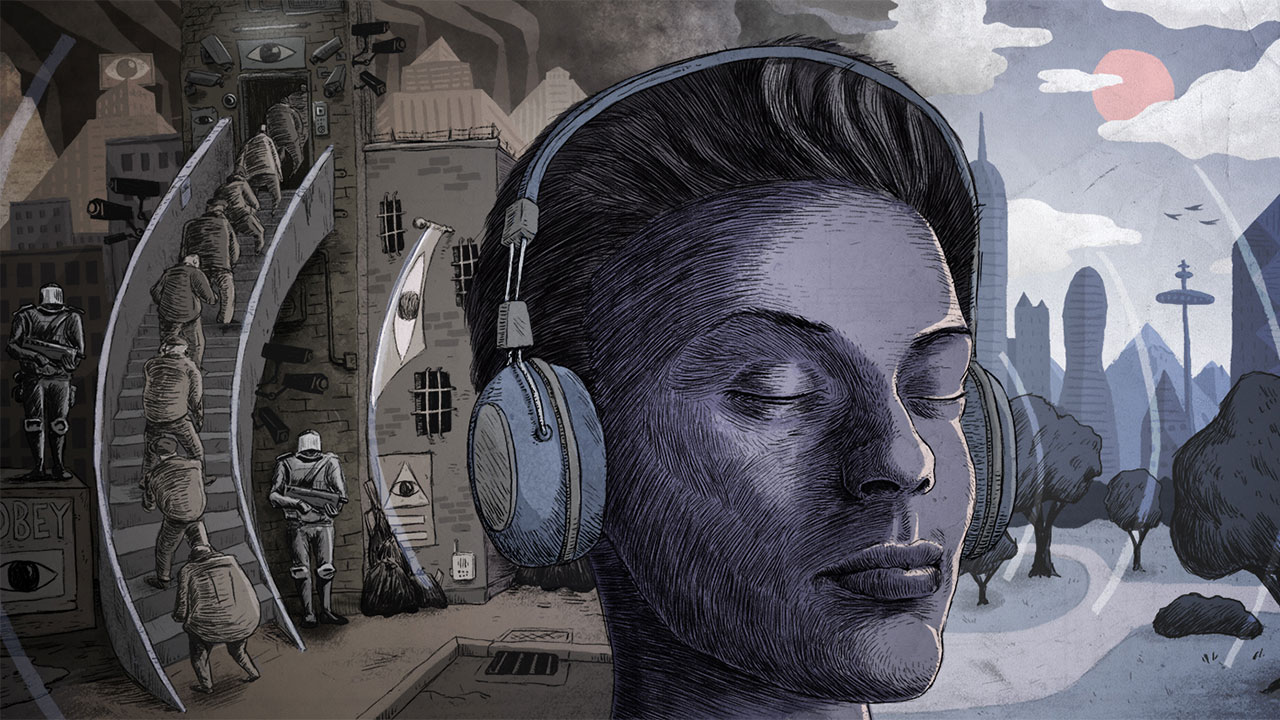 Recently, the movie titled “Müslüm” has come to the big screen, focusing on the biography of Müslüm Gürses who passed away five years ago. Most likely, millions of people watched this movie at the movie theaters in all cities of the country. As the displays still continue, many other people keep watching the movie as these lines are being written. Let’s discuss the structure of the relationship established by the art/artist with large masses by the mediation of their works. Why was “Müslüm” loved so much, or how do some poems, novels or movies succeed in keeping their popularity after tens of years (thousands of years in some cases!) after their release dates? What kind of meaning does it have?

Before going into the movie “Müslüm”, let’s try to find an answer for this big and challenging question through literature. Sabahattin Ali and Sait Faik Abasıyanık. As the two connoisseurs of the Turkish literature, the texts of these two authors exceedingly deserve the title “classic”. Is it possible to say that the fictional “reality”, which is told both in the stories and novels of Sabahattin Ali, does not have a social provision at all? The striking power of the things being told from tales of poverty in Aegean towns, or oppressive aspects of a traditional life to the artificiality of the people amongst the crowds of metropolises derives from their potential aspects that they already happened or will happen. Those who, at one stage of their lives, were in one of the villages pictured in Ali’s texts, or those who were carried away by that moment of alienation in metropolises even for a slight second can put themselves in the place of the characters in these texts in a sense and recreate the story over their own personalities. This text, which is being recreated over and over again by each person, assumes a broader content than the author’s purpose and content. This state of recreation is probably at the top among the major reasons why an author is constantly alive in the public sphere without getting forgotten. The power of a text is formed in that each individual can get into that text and find a spot in there for themselves. To be a part of this created reality in full or in fractions is required as an “exercise” that either nourishes the soul as a mental activity, or that improves it on a capillary level. Because human beings get an “intellectual satisfaction” from this “game” of being a part of these fictional worlds, and this satisfaction functions as a fundamental food that heals the spirit. This is the point that creates the trivet of the interaction between literature and social subjects.

After Ali, Sait Faik’s stories bear an exceptionally unique position among literary artworks. The lives of the urban people, the fisherman on the Islands, and the Christian population of Istanbul, as portrayed in Faik’s stories, create a holistic structure. Faik invites to and includes in his stories everyone, who has somehow been to Istanbul; it is possible for everyone to find a piece of themselves, a piece of Istanbul that they create themselves in a tavern or on a boat. This open-ended aspect is what makes Faik’s texts strong and permanent. All in all, literary artworks achieve permanency to the extent they are able to include the readers in the new worlds they create. Theme and main concerns are the characteristics that determine the life of an artwork. We can create a framework over the movie “Müslüm” by specifying that a similar thing also applies to cinema.

As it is known, Müslüm Gürses, born in 1953, spent his childhood and adolescence in Adana, a city of immigration and variety. In the example of Gürses, Çukurova shows the fact that it includes extremely fertile-fruitful soils not only in agriculture but also on the cultural field. How could the story of a young person, who tries to hold on to life in the challenging life conditions of the 60’s and 70’s and then tries to do the job he is passionately attached to, touch effectively and emotionally the lives of millions of people, how could it leave a mark on everyone to a certain extent? This seems like a phenomenon that can be explained through the social reception of the artworks in general, and of the artist specifically.

As it is pointed out above in the examples of author and literary works that are discussed, as the possibility of any artwork to influence increases, the subject matter being told goes beyond the individuality of the artist’s personality, and turns into a social phenomenon. As of this point, not only the author, but the ones who read what the author writes become an independent and living character; while the author, along with the troubles and concerns in the center of his/her works find answers on a social plane, and the theme even goes beyond the artist. Right at this point, for example, when “Müslüm Baba”, with a deep tone, says “I oppose” and continues to ask “Am I always sentenced to lose / supposed to be oppressed?”, he goes way beyond being Müslüm as an individual, exceeds the borders of individuality, and creates the process of social reception of the song as a “suffering” with a wider content, rather than a song, at a strong tone. Beyond this point, the individual reaches a secondary point, while the main theme reaches the primary position. “Defeated”, “oppressed”, “losers”, etc. the people establish themselves as a character in the stories being told.

In the age of “15-minute fame”, the main reason of the permanency and growing as a snowball within the social sphere for the artworks and artists must be this point, which is the ability to touch the social problems. Irrespective of Müslüm Gürses having a social problem, when the life story shown in the movie is considered, it is obvious that such a background exists; he is perceived this way, and those who listen to him admire him as he conveys the life-related concerns and problems in their most open form, and somehow becomes their own voices. He is projecting the lives of large masses who are not uttered, who are not cared about, whom nobody thinks about whether they exist. This situation is being formed in each time frame by the strong collective memory of the masses that find themselves in an artwork and of course in the artist. The art’s position against tangible problems in the public sphere is of decisive importance at the point of its permanency. Like Karl Marx’s quote “What’s told is your story”, themes in artworks take the shape of their own story in each individual’s mind, and go into circulation. Being shaped by an intellectual creativity and infinite possibilities, artworks assume an immortal form. Those who perceive the artwork bear the power of giving the artwork its final shape.