Alone at Home: Depression is more common in people who live alone

It was reported that in the USA and in England the number of people living alone doubled over the past 30 years, and that one out of three people in these two countries lived alone. A new study published in the BMC Public Health journal reported that, measured by whether antidepressants are used or not, the risk of developing depression is 80% higher in individuals who live alone than in individuals who live with their families or with a group of other people. 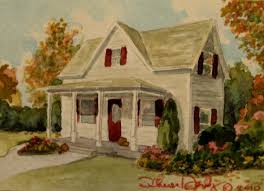 It is reported that in women a third of the above mentioned risk is due to socio-demographic factors like a lack of education and low income. In men the most important contributing factors are reported to be bad working environment, lack of support in the work place and in private life, and excessive use of alcohol.

It is a known fact that living alone increases psychological problems in old people and in divorced mothers-fathers, but there is still not sufficient data on the effects of living alone on people of working age. In Finland researchers followed up 3500 women and men of working age over a period of 7 years, and compared the psychosocial, socio-demographic factors and risk factors for depression like excessive smoking, excessive alcohol consumption and low physical activity, with the rate of antidepressants use. The data obtained on the use of antidepressants was entered into the National Prescriptions Research Centre.

Dr. Laura Pulkki-Raback from the Finnish Institute for Professional Health explained: “Our studies revealed that the risk of depression is higher in individuals who live alone. In general the risk of developing depression in people living alone was the same for men and women. We established that bad living conditions (particularly in women) and loss of social support (particularly in men) were important factors in the increase of this risk.

Dr. Pulki-Raback continued “… often the risk level established by such studies is lower than it is in reality. That is because those individuals that are in the highest risk group, are least likely to complete the monitoring study. We have therefore been unable to establish the rate of untreated depression.”

Although the study in question established certain factors related to the risk of depression in individuals living alone, over 50% of the risk still remains unexplained. Researchers reported that it could be due to social alienation, lack of security, and difficulties that have originated from major life events. Therefore it would be beneficial to concentrate on all these social aspects if we want to reduce the frequency of depression in people of working age.