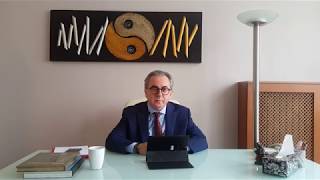 Alzheimer’s is a type of dementia. Dementia is a disorder that is publicly known as dotage. Dementia has more than sixty reasons. The most common one is the Alzheimer’s disorder, as known. It is one of the most important disorders of today’s world, and it’s increasing in prevalence as the society grows old.

The question “What is Alzheimer’s?” has been a mystery as much as its findings themselves. The most distinct findings seem to be the lack of attention and memory disorder. Memory disorder appears in a way that starts with the difficulty in remembering the most recent events, and that includes the most distant memories. In the medical literature, this situation is called Ribot’s Law. Thus, Alzheimer’s patients initially forget about the most recent memories. This disorder is equally observed in men and women. It generally prefers old ages as the starting point, but it can also be seen at earlier ages although that’s quite rare.

What are the reasons of the Alzheimer’s Disorder?

Alzheimer’s is a brain disorder. What causes Alzheimer’s? At the beginning of the disorder, several pathological changes occur in specific parts of the brain. Of these parts, the most important one is the area called “hippocampus”. Hippocampus is the main center where memories are stored. In this pathological finding, several protein molecules accumulate in the hippocampal area.

It is necessary to pay attention on the distinctive diagnosis of the Alzheimer’s disorder. False diagnosis will lead to a false treatment, which will eventually exacerbate the disorder. This disorder is mostly mistaken for depression. Depression might have the dementia symptoms as well. This, however, is given a special name. It is called “Pseudo-dementia” (a fake dementia). There are some disorders that accompany the Alzheimer’s disorder; delirium is the most common one. Delirium is the clouding of consciousness, which is characterized by the constant change of attention and consciousness in a short period of time. This is important because it is a telltale sign of mortality (death).

What are the Methods of Diagnosis?

Many methods have been developed for diagnosing Alzheimer’s. Yet none of those enable a definitive diagnosis while the patient is still alive. Therefore, the definitive diagnosis of the Alzheimer’s disorder is made through a postmortem analysis. Of the indirect methods being used, neuro-imaging methods, such as EEG, MR, PET, along with brain function analyses, are of specific importance.

Electro-physiological analyses (EEG in particular) are characterized by a common slowdown in the brain. However, in MR, a neuro-imaging method, the cortical atrophy is the characteristic finding. The hippocampus volume decreases. The drugs used in the treatment of Alzheimer’s are based on the information derived from the memory physiology. The cholinergic system-related information is the primary one. The drugs called “cholinesterase inhibitors” strengthen the memory by causing an increase in the amount of acetylcholine in the brain. In addition, drugs called “antioxidants” are used in order to at least decelerate the pace of the pathologic changes that are peculiar to Alzheimer’s in order to guess the damages observed on the membrane of the nerve cells in the brain. In the cases accompanied by delirium, small doses of anti-psychotic drugs must be added. Similarly, in minor dementia cases, it is possible to add antidepressants having less or no anti-cholinergic characteristics at all (if there is depression). Psychotherapy has also a part in the treatment of the Alzheimer’s dementia. Some mental exercises that would improve the cognitive functions are successfully carried out. Therapy with music is of a specific value. There are some important issues to be taken into consideration when communicating with an Alzheimer’s patient. Keeping the patient away from stimulants that would push the mind, such as the people having contact with the patient remaining the same without changing, or not displacing the objects present in the environment where the patient lives, etc. is one of the major examples. Meanwhile, not providing the patient with any stimulants at all causes the disorder to progress even more; therefore, the balance of stimulants must be attentively adjusted.